EQ and COVID-19:
In Support of
Our Communities

EQ Office is committed to our teams, customers, and partners’ health, safety, and resilience. We are working closely with our partners and the CDC to maintain a safe working environment for everyone, implementing enhanced cleaning and sanitization procedures in all of our buildings.

During these trying times, expressing our humanity and maintaining a sense of solidarity with our colleagues is more important than ever. As always, the EQ team is grateful for our communities.

SEE OUR GUIDE FOR RE-ENTRY

For companies to produce great work and inspire creativity in the workplace to thrive, they need to set up the right conditions. This includes effective management and values that support collaboration in the workplace as well as a spatial design that supports the diverse ways that people work. These optimal conditions involve what Lisa Picard, the CEO of EQ Office, calls “spatial alchemy,” which is offering the right mix of space for concentration, collaboration, community, and convenience.

While workspace design certainly helps facilitate the creative process, there are other important factors at play as well. Lawrence Abrahamson, an architect for the design firm IDEO elaborates:

“At IDEO, we’ve seen time and again how design can create a more appealing, nimble, and resilient workplace. But we’ve also learned that a more profound change—and higher returns—can come when we look beyond the “hardware” of floor plans and furniture to the “software” of human relationships, activities, and work habits.

In order to unlock new value, the realm of facilities must expand to encompass not only visible details of design and culture, but also less visible organizational factors like strategy, structure, process, incentives, and talent.” PlaceLab recently sat down with three creative studios – Stink Studios, Fuzzco, and Landscape - to discuss the attributes of their creative process. In the conversations, we uncovered five vital themes that they all agree are key to effective collaboration in the workplace and to inspire creativity.

1. Bring a Tailored Approach to Every Project

Stink Studios, a creative agency with offices in London, Paris, L.A, Shanghai, and Brooklyn, defines its identity as an agency focused on smart executions of technology in digital spaces. The studio became well known for The Other Side, a video campaign they produced in collaboration with Wieden + Kennedy for Honda in which they hacked the YouTube player. By pressing the R key, viewers can toggle between two narratives; one of a dad picking his daughter up from school and the other in which he is an undercover cop driving to a police sting.

Danielle Kim, a senior producer at Stink Studios, says that in order to come up with these kinds of technological innovations, they always take a customized approach to every project. “We staff projects based on what they need and we also tailor the process,” she says. “We don't do it like most agencies where you would come out of a client meeting with a brief that you hand over to creative. We integrate everybody upfront.”

Adam Weiss, the Creative Director of San Francisco-based brand strategy and design studio, Landscape, would agree. “Our creative process is guided by the project process,” he says. “We don't work in an agile fashion unless the project really demands that. Our preference is to find the right bespoke solution to a particular problem.”

Ann Kaufman, the Creative Director of Fuzzco, a strategic branding studio based in Seattle and Charleston, South Carolina says that team flexibility is a critical factor to a bespoke approach. “Every process is a little bit different,” she says. “You have to be flexible, but you’ve got to know where you’re starting."

2. Nothing Beats a Face-to-Face Meeting 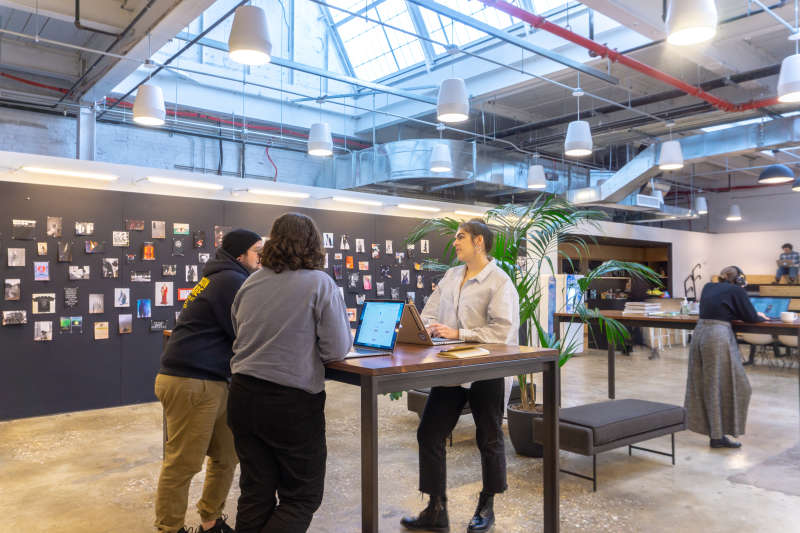 All three agencies agreed that in the age of mobile workers, having a physical space where the team can gather in person is still paramount to a workplace culture that supports a productive creative process. Maggie Bryan, a UX designer at Stink Studios, says the studio runs on the idea that teams need to work with each other in person. They even try to avoid working with remote freelancers and require that they come into the studio and be a part of the team. To support this philosophy, they’ve created a workspace design that is focused on space for both collaboration and concentration in order to inspire creative thinking. “In order to actually get that work done you have to go off and do some things alone and explore some areas specific to your discipline, but then come back to the team,” she says. “It’s about gathering then dispersing, then gathering, then dispersing.”

“My preference when possible is to be in person with people,” says Weiss of Landscape. “But we have clients in New York, Boston and a few in LA. It's great to go there, but there's the environmental impact of flying and there’s also the time spent in transit versus working on the projects.”

Ann Kaufman of Fuzzco understands that many of her employees crave flexibility. She believes that the management of a creative organization needs to support the realities that working remotely is critical for some to do good work, for example, people with kids or who are taking care of their parents. “At the same time, it can be challenging to manage and collaborate meaningfully with remote workers,” she says. “We still need access to people and the spontaneity that working in person allows, even if it’s just the opportunity to walk together to go get a coffee.” 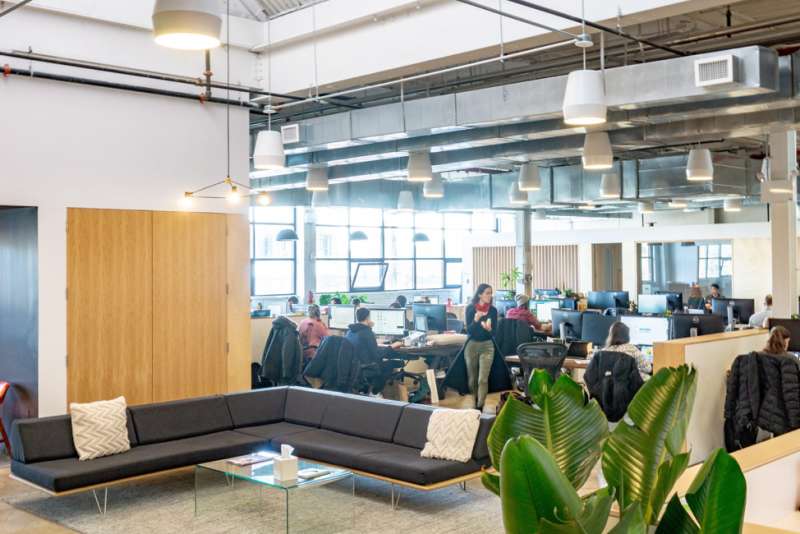 A balance between space for collaboration and concentration at Stink Studios in Brooklyn. Photo Credit: Courtesy of Stink Studios

Ann Kaufman of Fuzzco says that the challenge of supporting flexibility and the need for in-person spontaneity comes down to being aware of what kinds of work the team members are focused on at different phases of a project. “Sometimes a work from home day can be great for concentration and flexibility and the time in the office for collaboration,” she says.

In the Brooklyn offices of Stink Studios, the management purposely carved out almost a third of the office to be focused on collaboration space. The space has a wall of pin boards and a wall of floor to ceiling whiteboards. They also established areas for quiet individualized work. “We have some armchairs alongside the walls and we have a quiet nook with comfortable couches,” says Kim. “I think the signs that people want to be working alone become clear.”

Weiss of Landscape says he’s building this balance between space for collaboration and space for concentration into both the office space and the company culture. “We have a dedicated project team focused on individual projects, and then a more senior creative director who moves across projects,” he says. “People have a good sense of when they can be heads down and when points of collaboration need to happen, so we don’t have people constantly interrupting when a certain kind of focused work needs to get done.”

Diversity is an important part of the discourse that is driving the way that today’s companies are defining their values and building their talent pool. Creating teams with varying social, ethnic and geographic backgrounds and interests is an important part of creating products that are influenced by diverse perspectives and therefore mirror the world in which they exist.

Ann Kaufman of Fuzzco acknowledges that the creative agency landscape has traditionally been male and white. Fuzzco is highly focused on bringing more diversity to their studio. “The key challenge is bringing in different perspectives, whether it’s gender, race or socioeconomic status,” she says. “We also try to hire people with a different point of view and different tastes and interests outside of work.”

“The more diverse the perspective the better,” says Weiss of Landscape. “We have people in the studio from Indonesia, Korea, Seattle, Atlanta, New York, Los Angeles, San Francisco, and Germany.” At the same time, he says that the studio places a large emphasis on the influence of outside interests - from adventure travel to parenting to going to see live music - on the creativity his team brings to projects.

Diversity is also about cross-pollination and working on projects in a wide variety of industries and different scales, whether it’s big tech, a young startup, or an arts and culture organization,” says Kaufman. “We learn a lot about all of these different customers through working on different industries and that lets us stay pliable and apply what we learn from all the industries to our projects.”

At Stink Studios, people change desks every quarter in order to gain a different perspective. “We are constantly shifting where we sit and who we sit with,” says Kim. “One benefit of that is that sometimes we'll be organized by teams, and sometimes by disciplines, and sometimes totally randomly.”

5. Set up a Process for Honest Creative Feedback 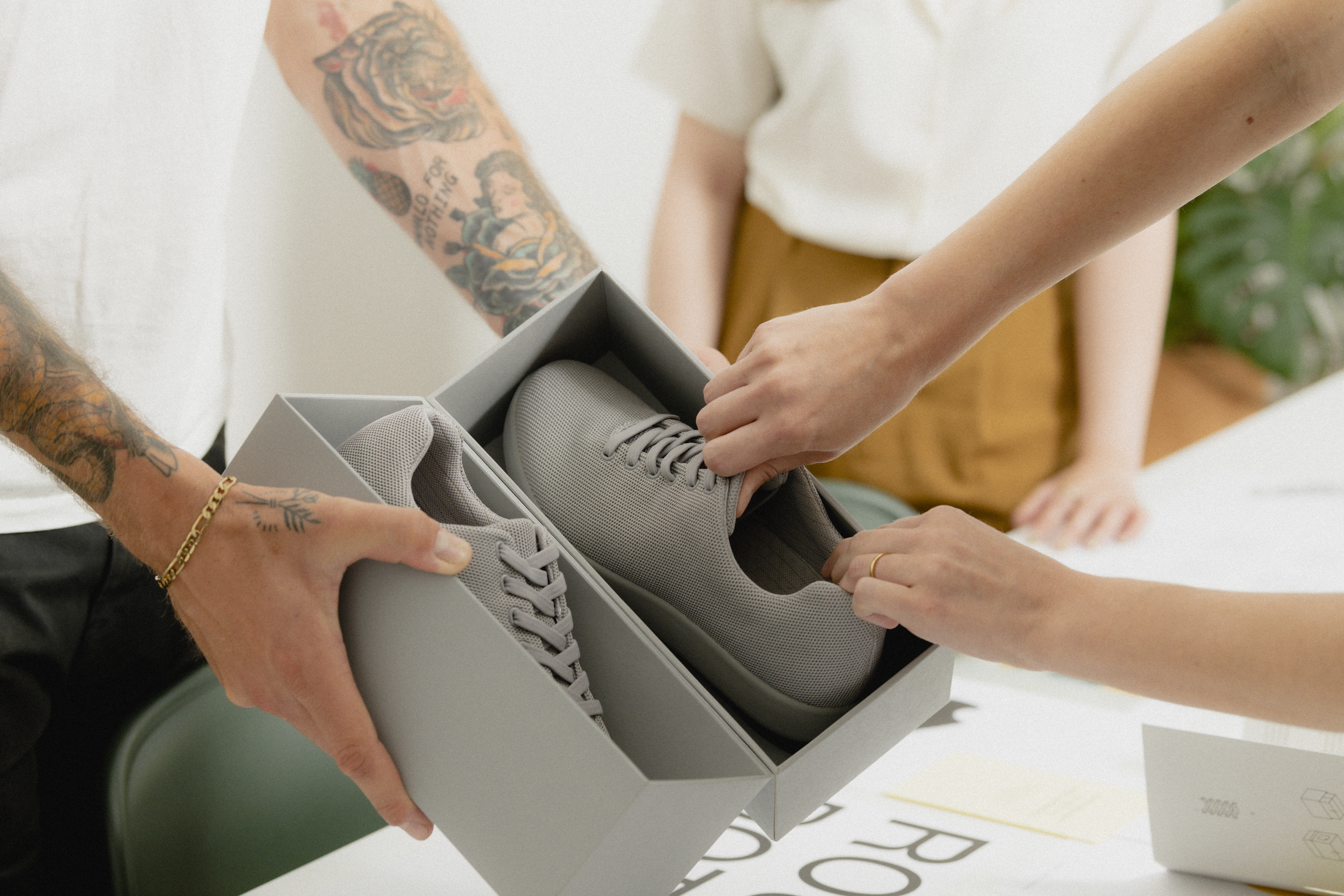 Showing respect for each other's work is key to comfortable and honest collaboration. Photo Credit: Courtesy of Landscape

Ann Kaufman of Fuzzco says a key principle of Fuzzco is to hire people for their honesty, empathy, open-mindedness, and interest in new perspectives. While she says that there’s no checklist for creative feedback, her philosophy is “connecting before you correct.” Rather than offering a compliment just for the sake of being polite, she suggests empathizing with the challenge before diving into a direct criticism of the idea. “Rather than saying ‘I really like how this is working. This could be improved,’ I would say, ‘You know, this is a tricky problem that you're trying to solve. Let's look at it critically.’”

At the beginning of each Stink Studios project, the team tries to establish the idea that the earlier that people are open and honest, the better the project will be. “Typically, it's a very small core team working on a project so no one wants to go three weeks into a project and then suddenly hear some crazy feedback that affects the output,” says Kim. “The key is being as respectful as possible to each other and each other’s work, so everyone can feel comfortable collaborating and being honest about how they feel about any given piece of the project.”

“Everyone here is an optimist and believes that whatever the current state of the project that there's a better solution out there to be had, “ says Weiss of Landscape. “We try to be really honest and as candid as possible without being rude to each other so that nobody ends up wasting their time.”

In an atmosphere where talent is always moving in and out of different spaces and modes of work, both physical and psychological comfort is key. It starts with the right company culture that includes honesty, diverse perspectives, and support for individual work styles. Once that’s in place, it’s easier to create the best space to support those values.