EQ and COVID-19: In Support of Our Communities

Only one year prior to millions of Americans transitioning to fully remote work, the average commute in the United States had reached a new high in 2019: a one-way duration of 27.6 minutes, or nearly an hour round trip everyday.

Commuting has historically been thought of as a necessary drudgery — as slogging from home to work and back again can be, understandably, exhausting. On the contrary, though, some have found commuting to be a vital ritual. It offers them time — something precious in our fast-paced lives — as well as space to think, read, listen, even relax. 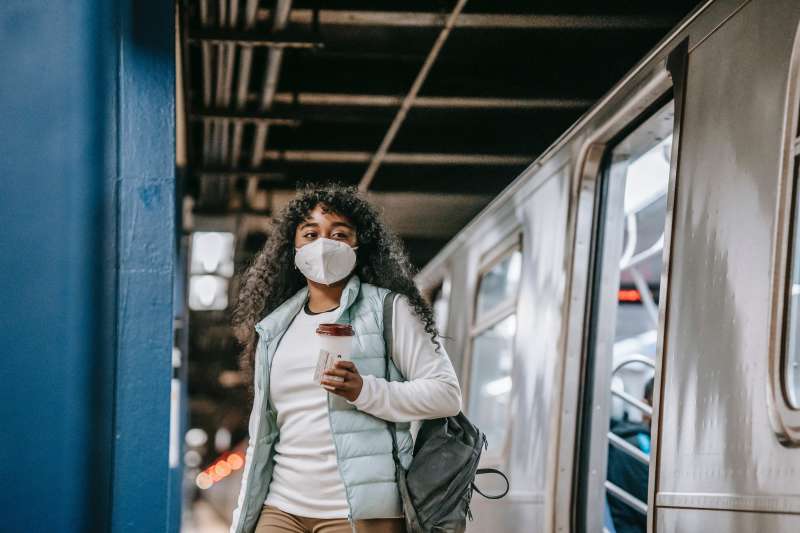 Take Sara Blakely, Founder and CEO of Spanx, for example. In 2018, she told LinkedIn co-founder Reid Hoffman that even though she lives close to the Spanx headquarters, she creates a “fake commute” for herself everyday because she does her best thinking in the car. That hour of “aimless” driving around Atlanta allowed for not only a luscious chunk of time to think freely (in fact it’s where she created the name of her company), but also for a sense of routine. After all, we are creatures of habit.

Just as we must evaluate the new role of the workplace in our professional lives, we must examine, too, the purpose of our commute and its role for our cities, ourselves, and our future expectations of work.

So what, exactly, is the true purpose of our commute? Throughout this era of remote work, commuting is no longer a mandatory practice getting us from point A to point B; perspectives about work-life balance have changed throughout the pandemic, and the very job of commuting has also changed. COVID showed us that nothing is sacred: not school, not the office and not our commutes. Just as we must evaluate the new role of the workplace in our professional lives, we must examine, too, the purpose of our commute and its role for our cities, ourselves, and our future expectations of work.

Commuting and the Fundamental Reset of Urban Life

There is no denying that the concept of work-life balance is fundamentally connected to commuting — especially as hybrid work schedules become a reality. Whether your commute has been a 10-minute walk, an hour-long drive or a 30-minute subway ride, this vital ritual has shaped the urban experience for centuries. When the author, professor and urbanist Richard Florida spoke this spring at a virtual Downtown Partnership of Baltimore event, he focused on cities “after” the pandemic and the return of central business districts, emphasizing that while cities may not return to the normal we know, these places and the teeming crowds of humanity that they bring together will still be a vital part of society.

Florida explained that it’s going to come down to “responding to the changes in the way people use and think about cities,” as an article quoting him in The Architect’s Newspaper summed it up. “I think what we are going through is a great urban reset,” he said. “We have a once-in-a-lifetime, no, once-in-a-century opportunity, to build our communities, our cities, back better. We are beginning a fundamental reset in the way we work and the way we live and the way we shop and how we go about our everyday lives.” 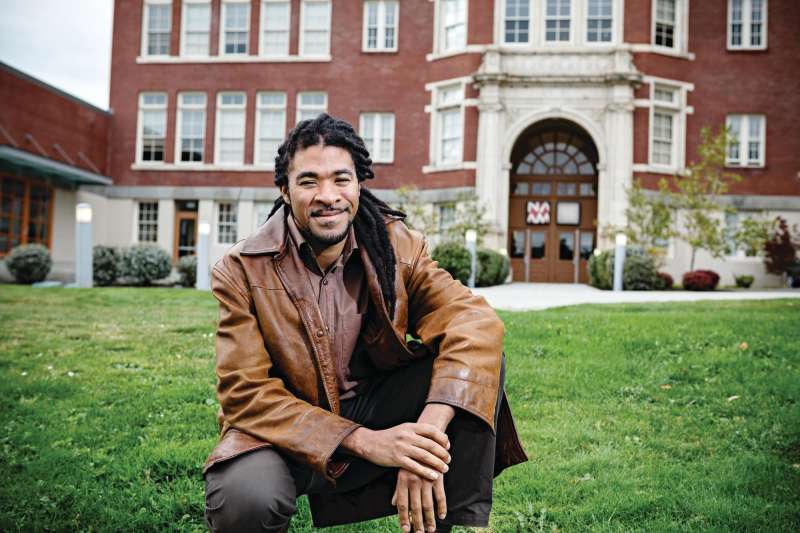 Interim Director of the Office of Planning and Community Development, Rico Quirindongo

This concept of a fundamental reset of city life is on the minds of many people — including (and perhaps especially) urban planners. Rico Quirindongo, interim director of Seattle’s Office of Planning and Community Development, emphasized that a shift in how we commute is going to be a vital part of the post-pandemic recovery. “One of our biggest challenges is getting vehicle owners out of their single-occupancy vehicle (SOV) use by default and getting them into ride sharing, bus, light rail, streetcar and bicycle modes,” he said. “This has been made more difficult, because the pandemic discouraged use of mass transit and reinforced use of SOVs. As we move toward recovery, reinvigorating use of multimodal transit is one of our biggest opportunities as we look at how to reduce traffic, make our streets less congested and our cities more livable.”

By spreading out office commuting schedules and allowing hybrid schedules to continue, we will provide office staff the flexibility they need to integrate their life and family needs into their daily schedules and provide relief from workers having to spend inordinate time commuting.

But with this return of mass transit comes the challenge of anticipating employees’ new hybrid schedules — and adjusting public transit plans accordingly. “The more we can encourage a diverse range of schedule options, the more we can spread out the demands on transit and make commutes on roads and public transit less crowded and more desirable,” said Quirindongo. He noted that spreading out in-office schedules won’t just help with congestion, but with work-life balance for everyone who used to have to endure an exhausting, jam-packed, standing-room-only commute five days a week. “By spreading out office commuting schedules and allowing hybrid schedules to continue, we will provide office staff the flexibility they need to integrate their life and family needs into their daily schedules and provide relief from workers having to spend inordinate time commuting.” 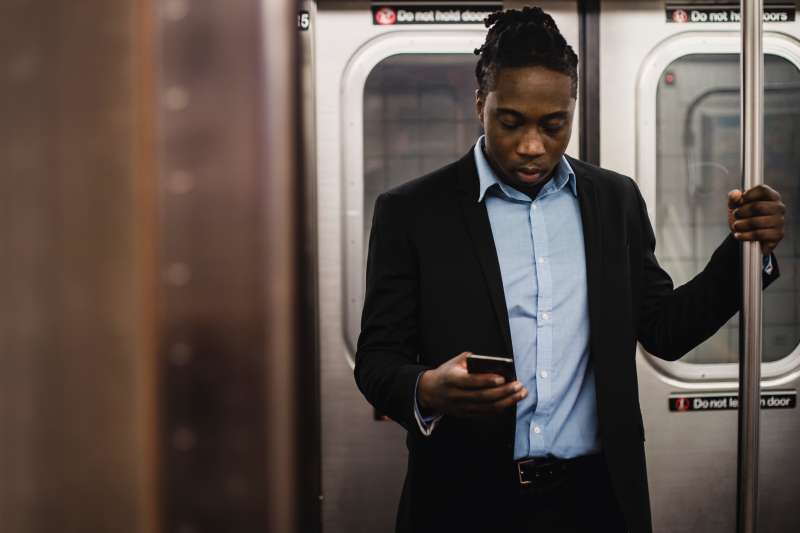 As we examine the purpose of our commute, perhaps it is taking on a new meaning, and will no longer feel like a crowded subway ride, but rather an opportunity to experience new ways of experiencing the workday.

The Psychological Job of Our Commute

What this all really comes down to — navigating a return to the office, adjusting our city planning accordingly, altering commute schedules, etc. — is about marking out space between our activities. In July of 2021, The Atlantic featured an article by Jerry Useem with the provocative title “Admit It, You Miss Your Commute.” Useem discusses the body of research called “boundary theory,” which essentially theorizes that crossing between one role and another (our work self and our home self, for example) is called “boundary work.” It’s not easy — in fact, it’s work. Or as he writes, “the commute, as Arizona State University’s Blake Ashforth and two collaborators wrote in a seminal paper on the topic, ‘is actually a relatively efficient way of simultaneously facilitating a physical and psychological shift between roles.’”

Commuting is, of course, a type of ritual that ultimately serves as a type of friction: commuting slows us down in a world where hyper-efficiency is considered invaluable.

So the commute is doing a big job. It’s providing a liminal space for that vital physical and psychological transition from home to work and vice versa. Doing things between work and home provided a sense of routine that was very difficult to replace while working remotely during the pandemic. 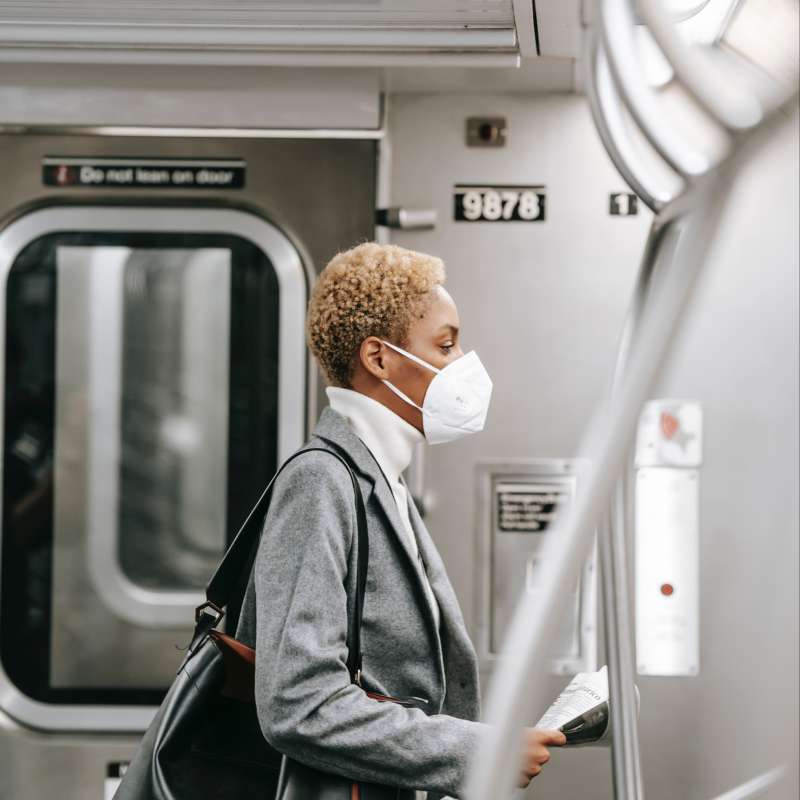 Commuting is, of course, a type of ritual that ultimately serves as a type of friction: commuting slows us down in a world where hyper-efficiency is considered invaluable. This leads us to the question: Is commuting a form of good friction? And how else can employees and managers put an emphasis on forms of good friction and vital rituals that will lead to a more comfortable work-life balance?

A sense of routine during the workday — something many people have found difficult to maintain during the pandemic — is intrinsically tied to commuting. For Nikhil, a Boston-based data scientist, losing that definitive routine — and entering the abyss of working from home — has had its challenges.

“One thing I really miss is the routine my commute used to impose,” he said. “I had to catch the train at a certain time in the morning and get back at a certain time, since trains are not so frequent. So I used to get things done when I was there and didn’t have to think about work until the next day. Now, unfortunately, my work seems to fill the time I can sit at my desk.”

As we re-enter workplaces and begin walking, driving and riding public transit again, these small human exchanges — the good friction, the routine — may begin to seem like a treat, rather than a chore in the daily grind — and will help define the new, phygital future of our working environments.

This conundrum, of work filling all of our time, seems to come down to something quite simple: It has been difficult to maintain a separation of work, home and the in-between. As we experience the tectonic shift away from full work-from-home schedules and as employees trickle back into offices for hybrid workplace schedules, commuting is back — and perhaps more meaningful now than ever before.

Hybrid work models, while certainly an adjustment, will undoubtedly reintroduce us to a sense of community and connection as we return to the workplace. Sizing up the surprising fashion choices of our fellow passengers on the subway, chatting with the Uber driver and a familiar barista as we pick up coffee on the way to work are irreplaceable interactions that people have (consciously or subconsciously) been craving while they have been confined to their homes for more than a year. As we re-enter workplaces and begin walking, driving and riding public transit again, these small human exchanges — the good friction, the routine — may begin to seem like a treat, rather than a chore in the daily grind — and will help define the new, phygital future of our working environments.