EQ and COVID-19: In Support of Our Communities

Brick-and-mortar businesses and the retail industry have been through it all in the past decade: a devastating recession and the rise of an all-consuming e-commerce market, to name a couple hurdles. The past year has been no different, bringing perhaps one of the most challenging periods imaginable to the traditional storefront. Consumers have fundamentally shifted how they want to experience retail; and yet, it’s clear that this particular digital disruption in the industry, alongside a pandemic, has not eradicated the need for a physical shopping space.

So what exactly are the brands that are positioned to 'roar' into the 2020s, both digitally and in physical space? Furthermore, what can office space leaders learn from the successes (and failures) of physical retail spaces and their executives?

Throughout the retail industry, there have been whisperings of a forthcoming Roaring ’20s, an economic resurgence so significant that it will mimic that of the post-World War I era in the 1920s. So what exactly are the brands that are positioned to “roar” into the 2020s, both digitally and in physical space? Furthermore, what can office space leaders learn from the successes (and failures) of physical retail spaces and their executives? There’s no question that hybrid-minded retail business models are a use case for what it means to pivot and respond to consumer behavior to survive — and even thrive — as we enter a new era of space utilization. 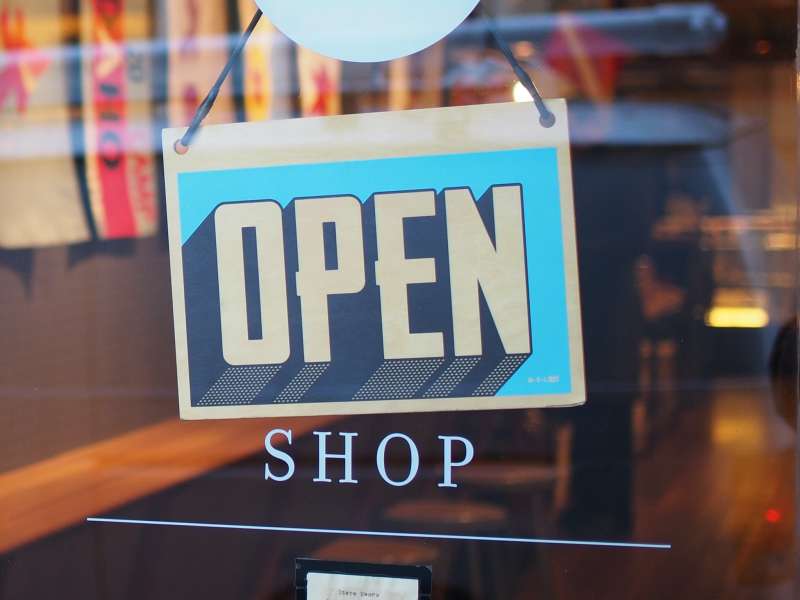 What a Homebody Economy Means for Both Retail Spaces and Workspaces

In spite of the burgeoning homebody economy, as detailed in this May 2021 survey by the consultancy group McKinsey, the retail spaces that were able to invest, pivot and anticipate the challenges brought on by the pandemic, and ultimately, the emergence of a hybrid, highly phygital model of working and shopping, can provide valuable insights for employers, executives, planners and architects. According to Michael Jordan, retail research manager of ShopCore Properties, an affiliate of The Blackstone Group, Target is one example of a brand that has remained both forward-thinking and agile enough to come out of the pandemic in robust economic health.

Target’s ability to hover between e-commerce and in-person shopping isn’t so different from the hybrid work environment that many companies are navigating in a post-pandemic world. Using retail as a model, workspace leaders can learn that localized, physical space holds ever-increasing value as a complement to digital tools.

“Target is the best example, partly because they’re very transparent in their reporting, and because they really did come through 2020 as the most successful retailer (outside Amazon),” says Jordan, who specializes in the business models and financial health of large retailers and shopping centers, while also tracking consumer trends. “One of the key retail stats that we track is the percentage of digital orders that ‘touch’ the local stores. Roughly 96 percent of all of [Target’s] online orders touch the store in some way, shape or form.” Jordan argues that Target’s business model is to serve as a fulfillment center, and that it has an advantage over traditional e-commerce retailers because its stores are already located close to their customers. 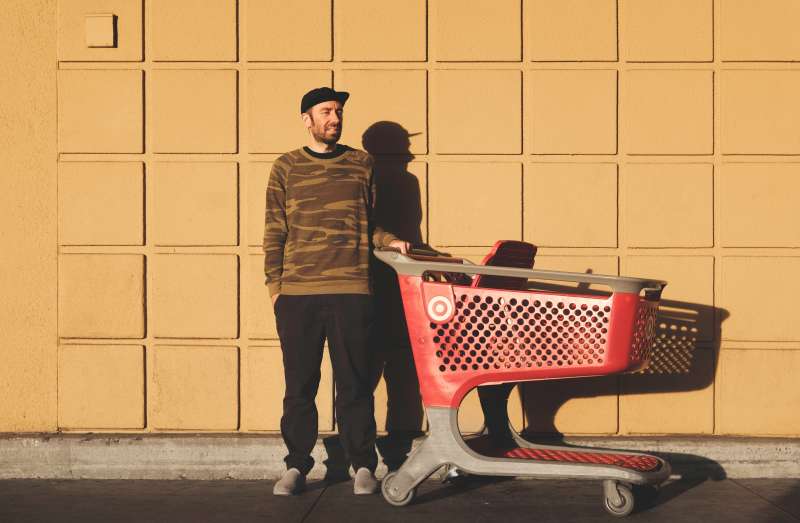 This ebb and flow of digital and physical experiences directly impact workspaces as well as retail spaces. Target’s ability to hover between e-commerce and in-person shopping isn’t so different from the hybrid work environment that many companies are navigating in a post-pandemic world. Using retail as a model, workspace leaders can learn that localized, physical space holds ever-increasing value as a complement to digital tools. It suggests that we should not think of the two dimensions as silos, but rather as complementary parts.

The Value of Investing in Flexible Processes

In a recent article, Forbes contributor Benjamin Zenou wrote about the anticipation of a “retail renaissance” of sorts, noting that the “same old models and tactics probably won’t do the job” in facing this rise in consumer demand. Jordan of ShopCore agrees — he thinks the key, here, is company leadership that invests early in processes that lend to a more nimble business model. 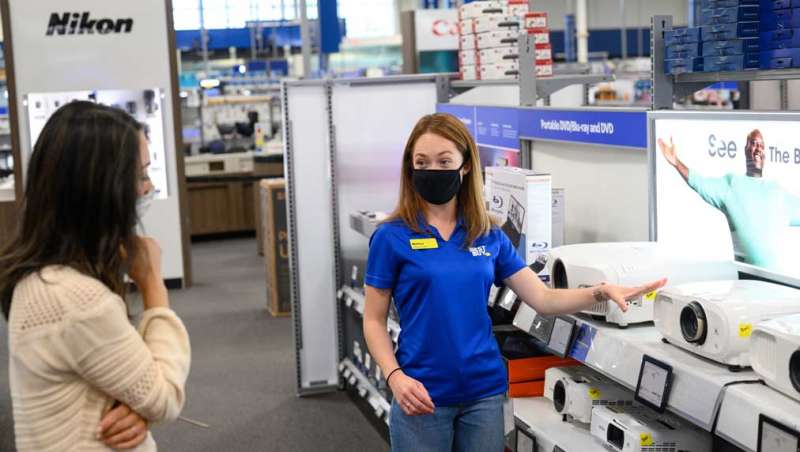 Reflecting on his early years (the mid-2010s) as a retail researcher, Jordan notes that some companies made what could be seen as “risky” investments in hybrid retail strategies (i.e. curbside pickup) at an earlier stage, while some did not. “What we saw during the pandemic was that those companies and retailers that made the right investments in the preceding five years were able to pivot quickly and very successfully to take advantage of the new environment, where more and more people were buying online, yet stores were still up and running and capable of fulfilling demand,” he said. It was this very investment in hybrid-ready processes that allowed for the most success.

The recent experience of companies in retail can teach leaders across industries that renaissance, by definition, requires experimentation.

Jordan points to a few concrete lessons that commercial real estate planners and workplace strategists can take away from retail space designers and leaders like Target. “That’s what we’ve seen retail spaces doing: trying things out,” said Jordan. “Best Buy has opened a couple of stores in Minnesota where they’ve reduced the ‘selling’ square footage in the store and expanded the backroom to do more staging of online orders and shipping.” The patterns may be different in an office, he argues, but the essential question is how to utilize the space in the office most effectively?

The recent experience of companies in retail can teach leaders across industries that renaissance, by definition, requires experimentation. The key to success lies less on playing it safe, and more on the ability to stay agile and invest in flexible processes.

What About the Physical Overlap of Retail and Workspaces?

Retail stores located near workspaces — or even in the same building — have historically been a desirable office amenity. Employees enjoy having a gym on-site, or being able to meet colleagues or friends after work for a drink or dinner close to the office. In terms of whether this trend will persist, Jordan anticipates that it might become more important than ever.

“I think the amenity is something people will care about. First of all, if businesses want people to come back to the office, those amenities are as important — if not more important — than they ever were before,” he says.

Retail spaces are likely to be a draw for employees who are about to return to a shared workplace environment, alongside the draw of a sense of community and a love of collaboration.

“The tricky part is going to be for the restaurants and retailers, since they leased their space based on a financial model that had a certain number of people in the building every day, five days a week. Their models projected a certain amount of sales based on that area’s level of traffic. Now [after the pandemic], if most people in the building are only there two or three days a week, and on different days, is the traffic generated by the new hybrid offices enough to financially support these businesses? I would imagine this will come with some hard decisions about the structure of leases, with regards to amenities.” 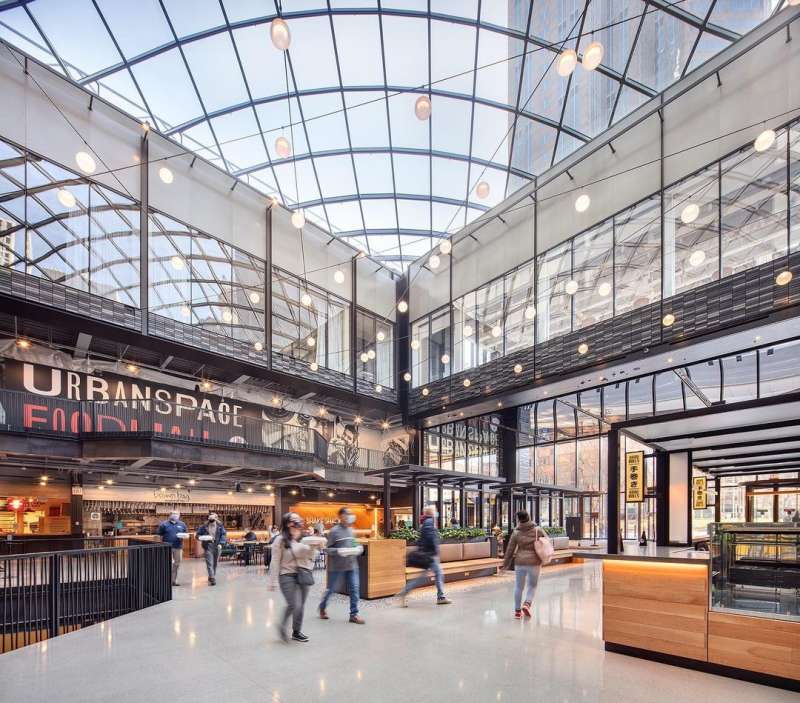 Retail spaces are likely to be a draw for employees who are about to return to a shared workplace environment, alongside the draw of a sense of community and a love of collaboration. Having shops on-site or very close to a workspace is still a desirable amenity, and without a doubt, an experience that relies on physical space and the presence of a storefront.

An Opportunity to Set New, More Agile Standards for Spaces In Which We Live, Shop and Work

The pandemic made several things abundantly clear in terms of the way we live our lives, one of the most important being the merit of physical space and how that space serves consumers, given that consumer behavior has seen a dramatic shift. Now, industries — professional workplaces, retail spaces, academic institutions and beyond — are presented with a unique clean slate in our post-pandemic return to the “real world.”

Digital and physical elements of life (from shopping, to working, and everything in between) are highly symbiotic, and in order to catalyze a renaissance, risks will need to be taken.

In 2020, as people across industries worked from home and renovated and updated their living spaces, it became clear that the places we inhabit are an invaluable element of life — and very often the core of community, creativity and productivity. At the same time, the experience of shopping, and the space in which humans do that, is no longer just about seeing items in front of you in a store. You can do that online. It’s about interaction and entering a space meant to serve a specific purpose: Physical space is doing a new job. And just as retail enters this new hybrid era of the physical and digital confluence, workplaces will too. There is no doubt that the hybrid approach to the way we live and experience life is upon us. The question remains, though, how can companies and strategists most effectively stay on their toes and anticipate what may come next? We’ve learned that digital and physical elements of life (from shopping to working and everything in between) are highly symbiotic, and that in order to catalyze a renaissance, risks will need to be taken. Perhaps business leaders and workspace designers can take a leaf out of the book of the modern storefront as we navigate a balance between digital and physical experiences.