EQ and COVID-19:
In Support of
Our Communities

EQ Office is committed to our teams, customers, and partners’ health, safety, and resilience. We are working closely with our partners and the CDC to maintain a safe working environment for everyone, implementing enhanced cleaning and sanitization procedures in all of our buildings.

During these trying times, expressing our humanity and maintaining a sense of solidarity with our colleagues is more important than ever. As always, the EQ team is grateful for our communities.

SEE OUR GUIDE FOR RE-ENTRY

Editor's note: This article is part of our ongoing series about how to support wellness at work during and beyond the COVID-19 pandemic. 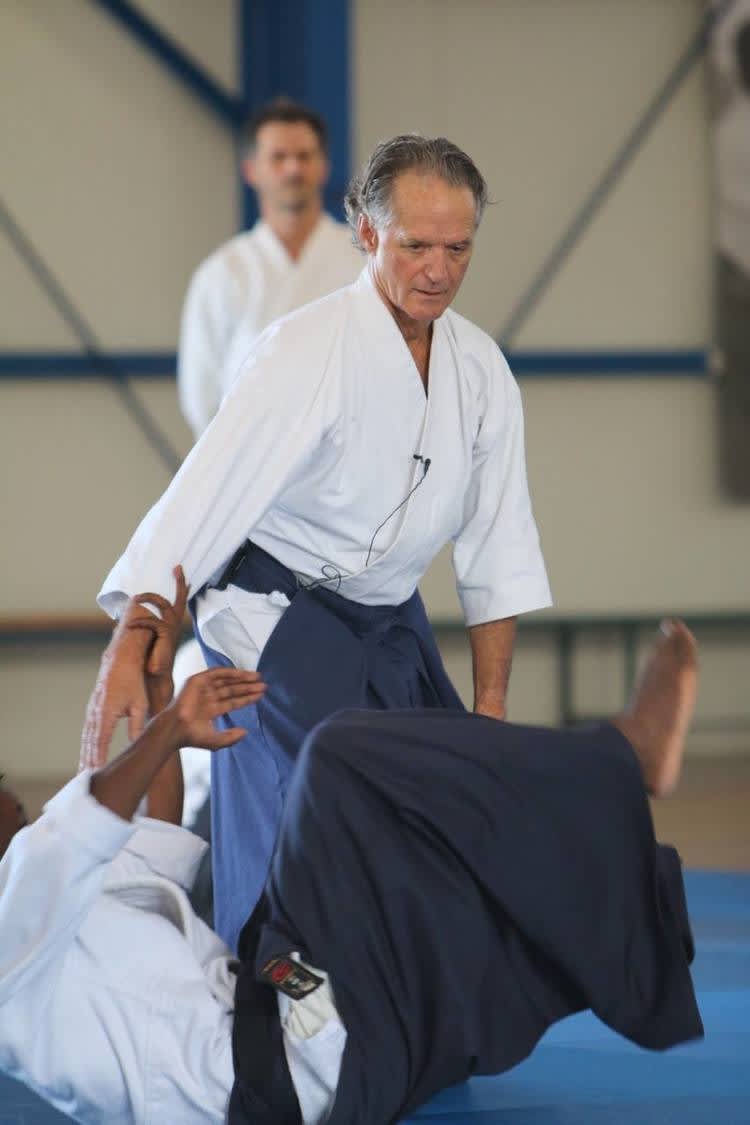 Strozzi Somatics is an integrative approach to leadership that empowers people to embody their purpose and principles in their everyday lives. As leaders seek out ways to enhance the happiness of their employees during these extraordinary times, the company’s founder, Richard Strozzi-Heckler, offers a compelling blueprint for the way forward.

Strozzi-Heckler’s method draws people’s attention to their internal experiences and aligns their bodies with their highest purpose as leaders.

His methodology builds on his fundamental belief that emotional intelligence in leadership can be learned by anyone with discipline and commitment. Strozzi-Heckler’s background as a leader is extensive and diverse, and includes a Ph.D. in psychology; 50 years studying meditation, Eastern philosophy and martial arts; and his experience as a collegiate athlete and as a Marine. He has woven together the different strands of these practices into a unique program: a somatic (body-focused) approach for grounding leaders in physical presence and the integration of mind, body and purpose.

For more than 40 years, Strozzi-Heckler has helped to transform top military units and organizations. Through physical movement and emotional awareness, his method draws people’s attention to their internal experiences and aligns their bodies with their highest purpose as leaders.

In an interview with PlaceLab, Strozzi-Heckler describes how he helps his students become the people they say they are — and the people that they yearn to be — at work and beyond, as leaders in their own lives.

Define your purpose and principles

Developing a posture of leadership begins with defining your purpose and principles. An individual’s purpose runs deeper than the specific responsibilities of your current role. Strozzi-Heckler describes purpose as “the reason why you get up in the morning.” If you are an architect, maybe your purpose is to create spaces where people can thrive. Let’s say you’re a graphic designer: Your purpose may be to inspire people every day with your visual creative work.

Moving on from a hierarchical model of leadership, Strozzi-Heckler believes in fostering a workplace culture of leadership in which each individual is fully aligned with their purpose. Ideally, every team member has the support they need to carry through on their deepest motivation at work, while contributing to meaningful goals.

Align your daily practices with your purpose and principles

When people don’t integrate their values into their emotional lives and body language, colleagues and collaborators can tell. Have you ever heard someone say, “Great job” when you know they don’t mean it? Or, “I’ll have this to you by tomorrow,” when you know that they will never deliver?

Research shows that a significant amount of communication between people occurs through nonverbal cues and body language. One MIT study, for example, revealed that one team’s success at pitching venture capitalists depended on its members’ nonverbal cues.

Likewise, leaders who say they care about their company, but raise their voice, furrow their brow, and throw their arms up in frustration — or simply don’t follow through on promises — won’t retain support for long. People will listen to their body language, not their words. “Your body is always producing an assessment in another,” says Strozzi-Heckler. “And one of the things that we want to build is a shape of livingness (a way of being in the body) that helps other people to feel trust in you.”

That’s why embodiment practices based in self-awareness and movement are central to the work of the Strozzi Institute. In committing to practices, you encourage self-respect and the respect of others.

Pick a regenerative practice that you can do every day. It will regulate and calm your nervous system — and it will fortify you, especially during COVID-19 lockdowns.

Commit to a daily regenerative practice

At the Strozzi Institute, teachers guide leaders through physical practices that build on the principles Strozzi-Heckler learned as a master of Aikido, the Japanese martial art. He says, “Pick a regenerative practice that you can do every day. It will regulate and calm your nervous system — and it will fortify you, especially during COVID-19 lockdowns.” Regenerative practices include a simple tai chi or qi gong series, a daily yoga flow, or a meditation that can help you develop presence. The key to embodied leadership is to do it every day — and to affirm out loud that you are committing to this daily practice in order to live by the purpose and principles you have chosen.

During the workday, break every 25 minutes to revisit your purpose and principles with the exercise that Richard guides us through below. These pauses are especially important if you’re working primarily on a computer through a screen, which means that you are more likely to be detached from your physical presence.

Every 90 minutes, Strozzi suggests taking a step away from your desk and toward nature. As much as possible, expose yourself to fresh air and light — even if you’re just opening a window for a few minutes.

Beyond these practices, it’s equally important to develop emotional literacy and self-awareness in the moment. In today’s digital world, you can easily overlook physical sensations in favor of supposed productivity, but that cannot be sustainable.

To defuse stress, you need to know that it’s there, and how it manifests itself. Many work cultures contribute to, rather than alleviate, chronic and acute stress. When leaders don’t acknowledge their own feelings — and the feelings of their team members — a dysfunctional work culture can develop. Experts have estimated that 75 percent to 90 percent of primary care visits result from stress, which can lead to higher rates of emotional, physical and mental illness.

“Your body will tell you if an emotion is ripping through you,” says Strozzi-Heckler. “Your hands may tighten. Your shoulders may pop up. Your breathing could become shallow. The body won’t lie. If it’s fear, be with the fear. Maybe say to yourself, ‘I’m afraid, and I know that, because my breathing has changed.’ Emotional literacy is a skill.”

Recognizing these physical sensations and staying with them, as well as naming the corresponding emotion, is a sustainable way of releasing stress, individually and collectively. Imagine a salesperson who is experiencing a bout of nausea before an important, last-minute client meeting. A leadership culture would create the space for team members to say to their manager, “I’m feeling fear about this client presentation, because the stakes seem really high, and I only had one day to prepare.”

After recognizing the physical sensation and describing what you are experiencing, Strozzi-Heckler says the next step is to ask for what you need. In this situation, for example, the team member could say to a manager, “I need more notice to prepare next time. In the meantime, could you be present for the meeting, in case there are any questions I don’t know the answers to?”

Strozzi-Heckler notes, “We’re not trained to believe we have needs. Depending on where you are on the class, gender, race, age spectrum, your needs may have seemed irrelevant historically. The next competency is asking for help.” A sound leadership culture meets needs with empathy and creates conditions that allow people to thrive, rather than burn out.

How to defuse feelings of stress at work:

Defining your purpose and your principles — and integrating them day by day into somatic practices — can transform how you feel. Not only does this approach help people to feel more fully realized at work, but it also leads to a deep sense of fulfillment. When an entire organization supports this approach to work, it is possible to build a culture of embodied leadership and limitless potential.